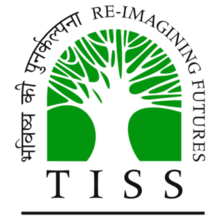 Tata Institute of Social Sciences (TISS) is a multi-campus public research university in Mumbai, India. It is Asia's oldest institute for professional social work education and was founded in 1936 in the then Bombay Presidency of British India as the Sir Dorabji Tata Graduate School of Social Work by the Sir Dorabji Tata Trust. In 1944, the institute was officially renamed the Tata Institute of Social Sciences and in 1964, the Government of India declared TISS as a deemed university under Section 3 of the University Grants Commission Act (UGC), 1956. In 1954, TISS moved to a permanent campus at Deonar, Mumbai (now known as the Main Campus), from the earlier campuses at Nagpada and then Andheri. In 2001, the Deonar campus was expanded to include the Malti Jal and Jal A. D. Naoroji Campus Annexe, which are now commonly known as the New Campus. TISS, in 1986, established a rural campus in Tuljapur, Maharashtra and two off-campuses in Guwahati and Hyderabad in 2011. In addition to these campuses, TISS offers teaching, training, research, and development support from centres established across India including in Leh, Ladakh and Port Blair, the Andaman and Nicobar. TISS's academic programs focus on the social sciences and offer doctoral degrees in Management and Labour Studies, Disaster Studies, Development Studies, Education, Gender Studies, Health Studies, Law, Media and Cultural Studies, Public Policy, Rural Development and Social Work. Since its inception, TISS has had a focus on field activities including responding to disasters such as the Partition of India, the Bhopal disaster and Uttarakhand floods.[9] Several TISS initiatives have shaped public policy in India, such as India's labour welfare laws. Notable organizations and personalities have been appreciative of TISS's social service work including Eleanor Roosevelt, Jawaharlal Nehru, Niels Bohr and the United Nations, among others.

NIMT Institutions Under this Approval Body

Courses at NIMT under this Approval Body

B. Voc. in Medical Laboratory Technology

B. Voc. in Patient Care Management( Geriatric and Palliative Care)