Bachelor of Science in Biotechnology

Biotechnology is exploitation of resources at the microbial and molecular level to produce a product of improved quality.

NIMT prepares individuals who have a deep and genuine interest in discovery science to shape the translation of biotechnology through academic research towards applications for a knowledge economy, business development and science of tomorrow.

You can find detailed information about this course

What is the minimum qualification for B.Sc Biotechnology?

What is the fee structure of B.Sc Biotechnology?

Above fee is exclusive of accomodation charges (if required) as well as clinical training fee.

Is there a loan facility available for the program?

NIMT has tied up with Credenc to help students avail education loans easily from a number of banks and NBFCs. The education loans for the students of NIMT are offered based on the credit history of the co-applicant and academic performance of the applicant.

Yes, loan facility can be availed for the payment of the program fee.  Loan applications can take up to 2 weeks to get processed, hence candidates are advised to apply for loan as soon as they are shortlisted. To apply click here.

Can I do a payment each 6 months in stead of a yearly payment?

What is the medium of instruction?

What are career options in biotechnology?

The biotech industry grew by just about every measure in 2014, according to Ernst and Young’s 2015 industry report. Revenue was up 29 percent, net income increased 293 percent and there were 164 more biotech companies than during the previous year. All of this meant one thing for jobs: There were a lot more of them. The industry added over 10,000 new jobs in 2014, which equates to a staggering 10 percent annual growth rate. Of course, not all of these jobs were for scientists and researchers — many were for support staff one might find in any industry. Jobs specific to biotechnology — involving research and development and manufacturing — are outlined below.

Three related careers under the heading of agricultural and food scientist: animal scientist, food scientist and technologist, and soil and plant scientist. Although all have the ultimate task of improving farm productivity, they accomplish this in different ways.

Many people don’t think of farming as being sophisticated. Seeds are planted, crops are watered, and eventually food is harvested. But it is an extraordinarily advanced field, and the largest farms are essentially food factories. Engineers are involved in research and development as well as manufacturing. They might oversee water supply and usage, design comfortable areas for the animals, and create machines that can efficiently harvest crops with minimal food loss. Agricultural engineers spend their time both in offices designing systems and on farms testing and applying those systems.

Farm animals can be crossbred to produce better quality meat, eggs or milk. They can also be bred to live longer, healthier lives, saving farmers money. Animal scientists have the expertise in genetics and reproduction to crossbreed effectively so that farmers can increase production and lower costs.

These scientists spend most of their days in large laboratories researching how living things function. They plan experiments; work directly with protein, enzymes and DNA; and study the effect of external substances on living things. Those who work for biotechnology companies or divisions work in applied research, meaning they are looking to use their findings to solve a specific problem. For instance, in the past, biochemists in agriculture have used applied research to genetically modify rice to have more beta-carotene and, by extension, vitamin A. This rice could be used in parts of the world where rice was a staple food but vitamin A deficiency was a major killer. Biophysicists working for energy companies, meanwhile, have made advances in developing fuel such as ethanol from plants.

These product-makers either create tools to analyze medical problems or design tools that improve patients’ lives. For instance, they can create better microscopes or newer imaging technologies. More pertinent to the field of biotechnology, however, is their work to create artificial limbs that respond to brain signals or the recent invention of a bionic pancreas that eliminates the need for insulin injections in people with diabetes.

Whereas microbiologists get up close with viruses under the microscope, epidemiologists are more interested in high-level views of disease, namely how a disease is spread via people or animals. Their ultimate goal is to stop the spread of disease. Since biotechnology utilizes farm animals such as pigs and chickens that can carry diseases that mutate and affect humans, such as H1N1, epidemiologists are vitally important to insuring food chain safety. Perhaps more interestingly, many harness diseases to humans’ advantage. Vaccines are essentially biotechnological tools that render diseases innocuous.

Food scientists and technologists are experts in nutrition. They use this knowledge to develop new products and methods of food preservation and processing, making sure that food makes it safely into consumers’ mouths. Similar to biochemists, they want to know the effects of food on a consumer when that food is altered in some way — perhaps through genetic modification, additives or a processing technique. Many have specialized knowledge in topics Julia Child would be familiar with, such as pasteurization, canning and fermentation.

Microbiologists research bacteria, viruses, fungi, algae and parasites — basically anything too small to be seen with the naked eye. The field is highly specialized, meaning that most microbiologists focus on studying just one type of microorganism. In the context of biotechnology, microbiologists might work in the manufacturing side of the industry, making sure that products are not contaminated, but they are just as likely to be involved in research and development. The Bureau of Labor Statistics Occupational Outlook Handbook provides the following example: “They may study the use of microbes to clean up areas contaminated by heavy metals or study how microbes could aid crop growth.”

Soil and plant scientists in the field of applied biotechnology are typically employed by companies to improve food quality. They have advanced knowledge of environmental science, meaning they can maximize land use while also increasing food production. Because the composition of soil changes over time and depending upon how it is utilized, soil and plant scientists balance short-term production considerations with long-term soil health.

Admission is a four step process that begins with an application

Your submited application for admission will be reviewed and uploaded documents verified.

On the communicated date, the semester begins with orientation and commencement ceremony

Clinical Trainings form an essential part of the studies in medical and paramedical courses. Trainings at NIMT are conducted in its own parent hospital on campus as well as Government Institute of Medical Sciences (GIMS), Greater Noida and Dr B R Ambedkar Multi Speciality Hospital, Noida 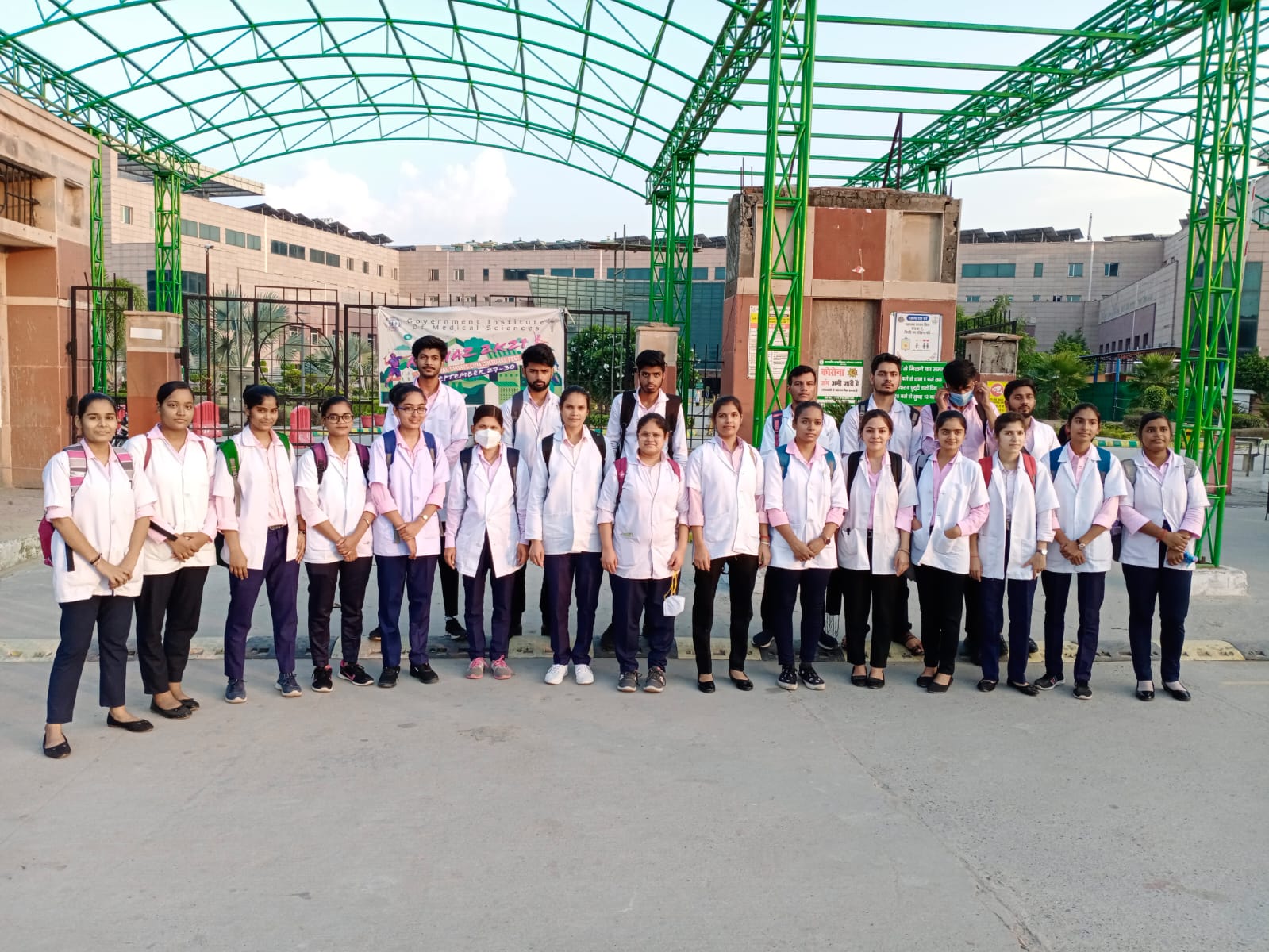 Watch the video above to know more about trainings 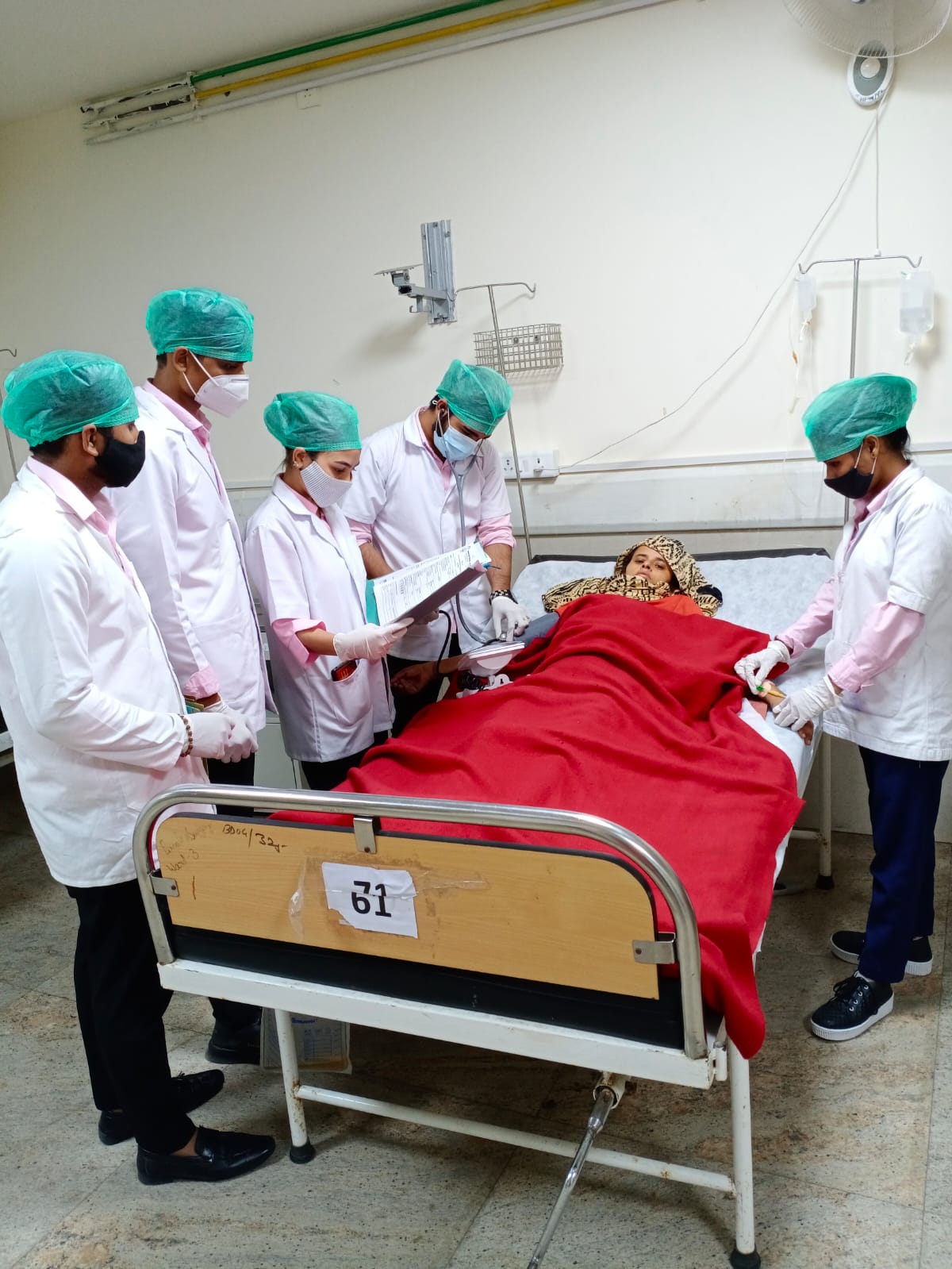 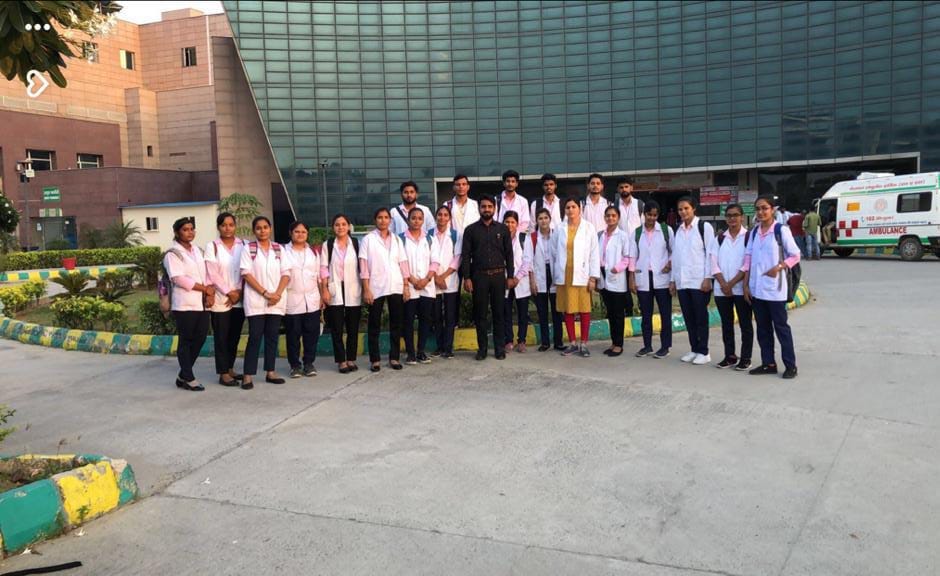 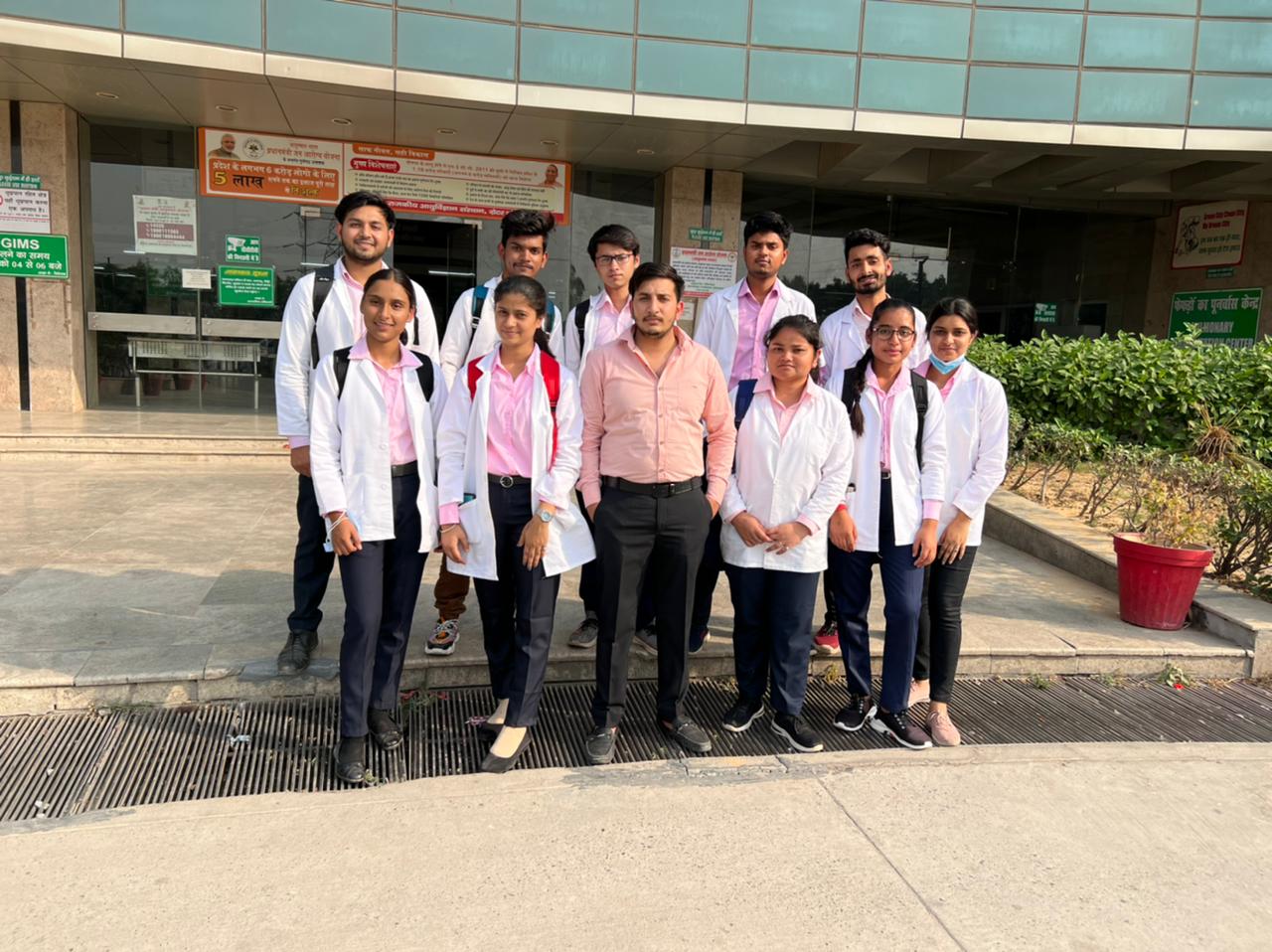 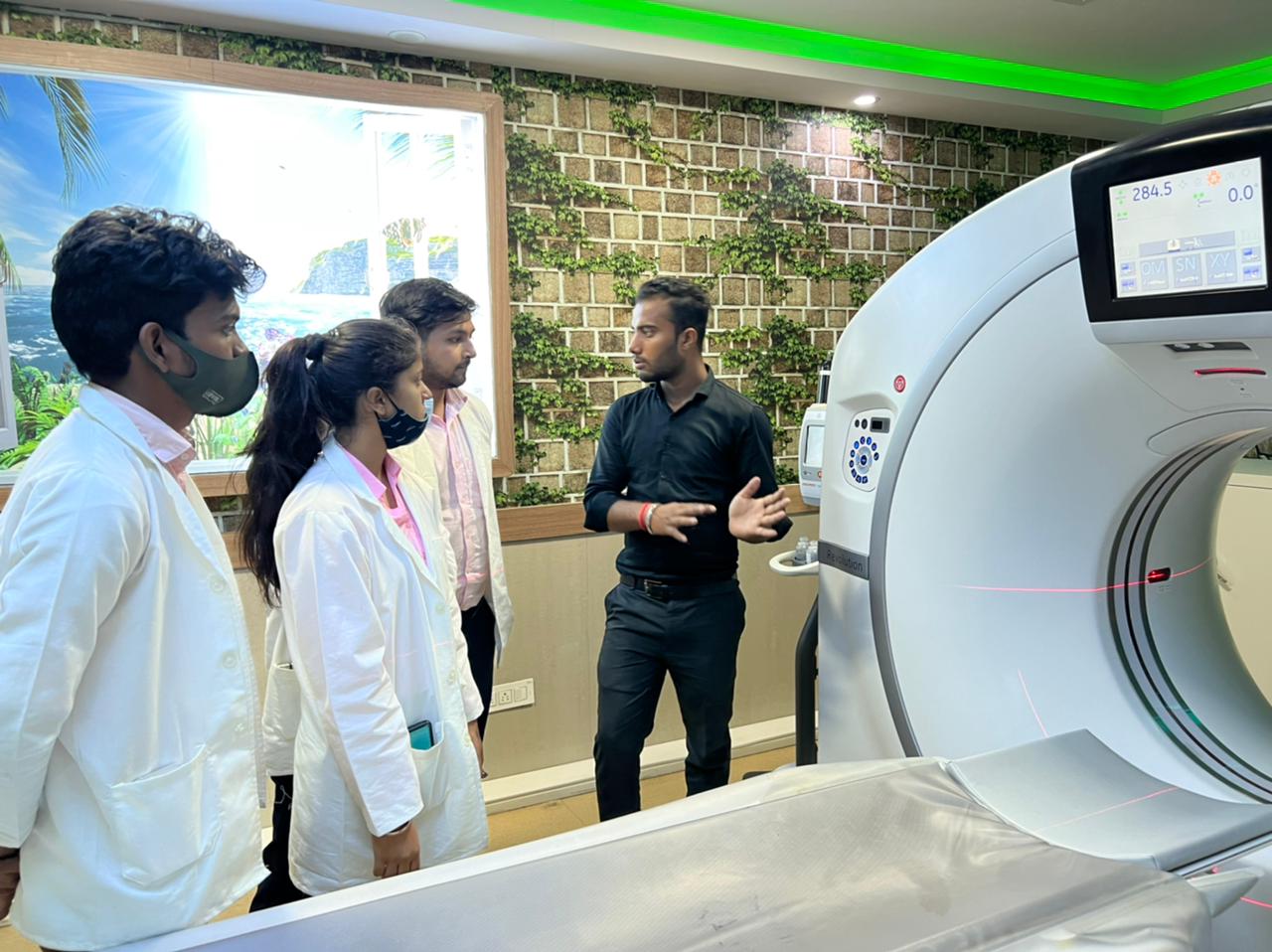 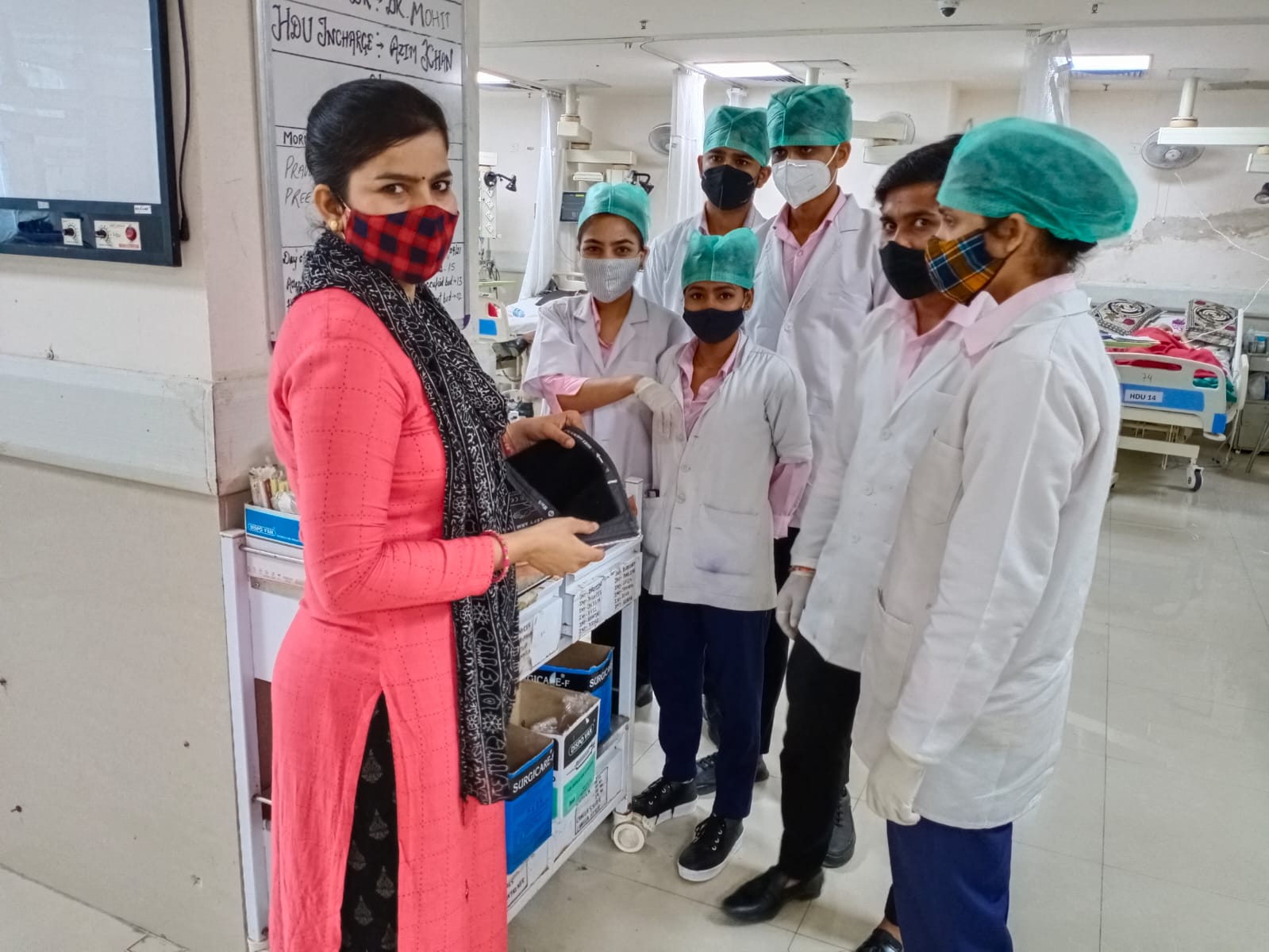 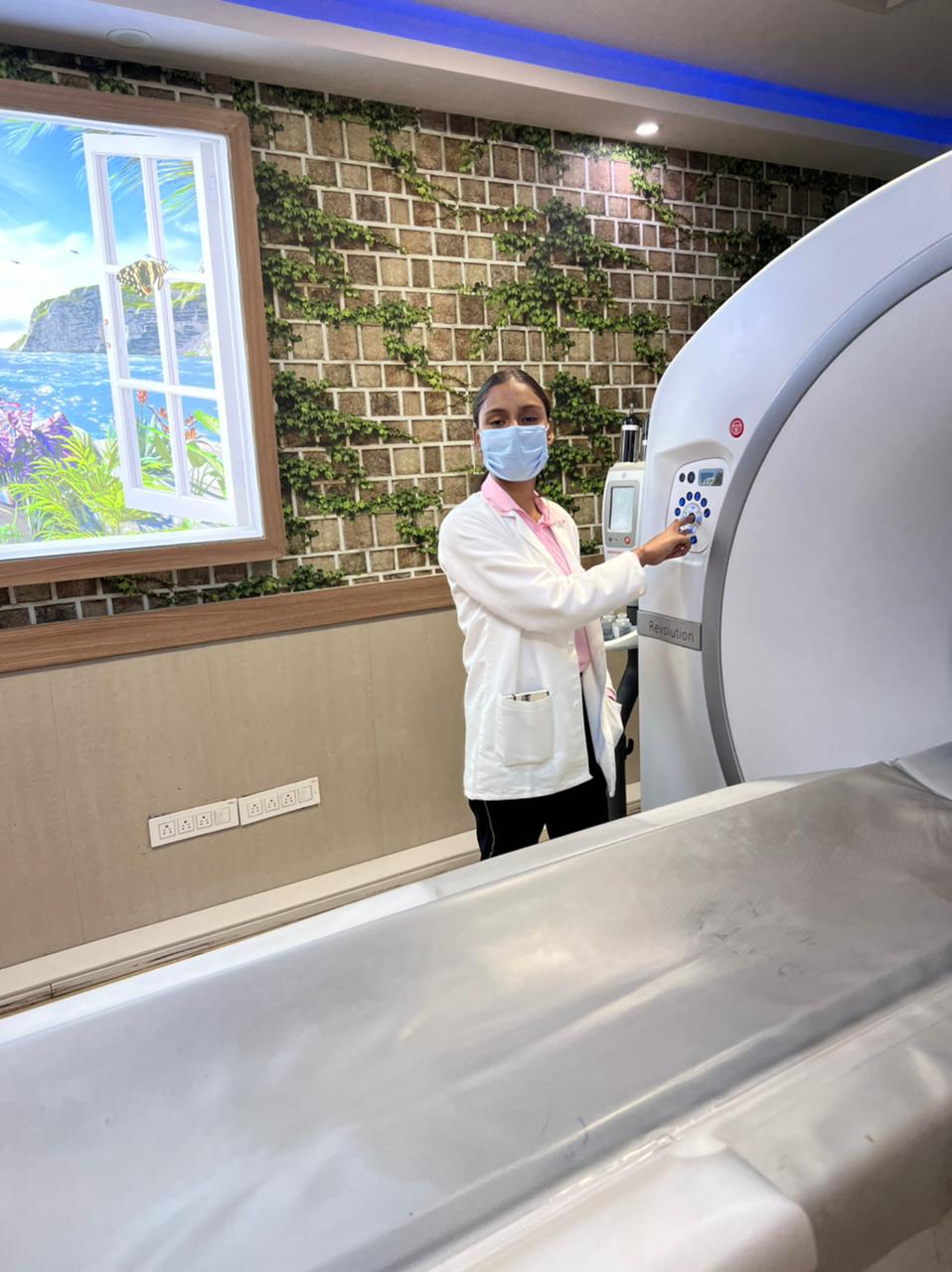 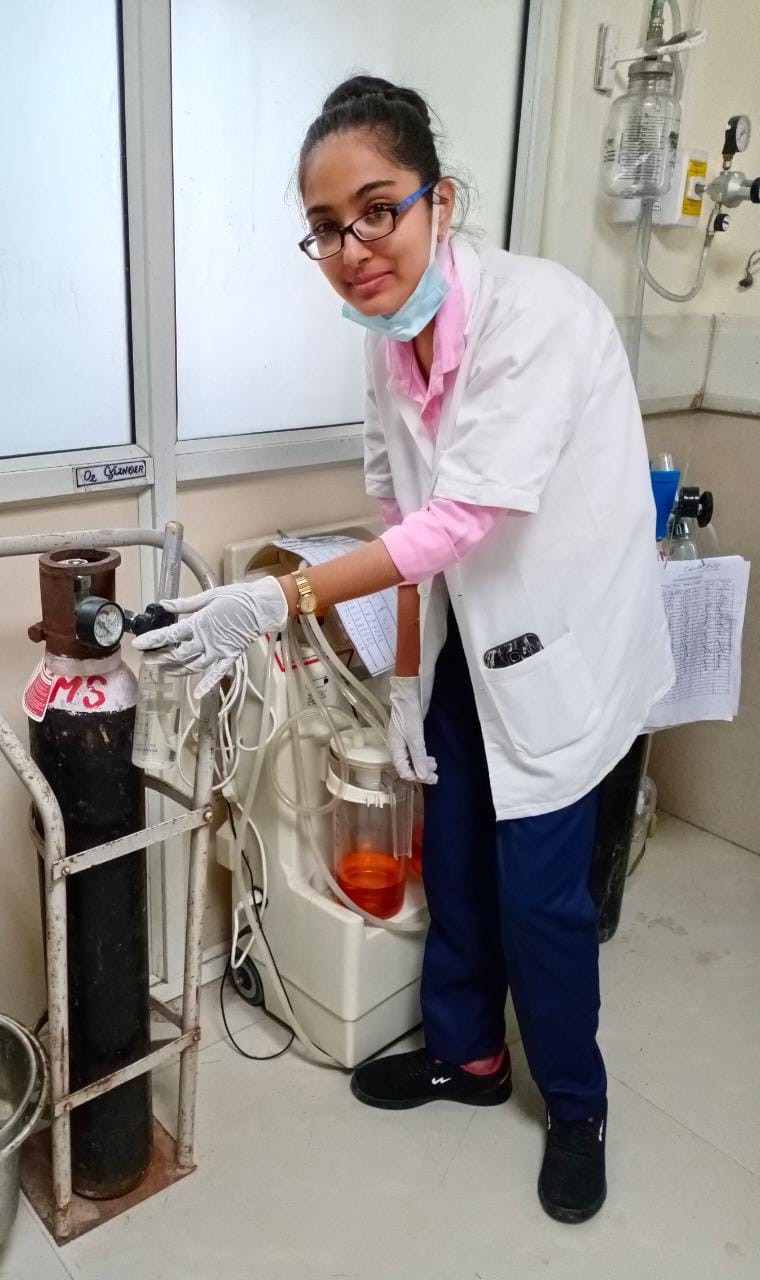 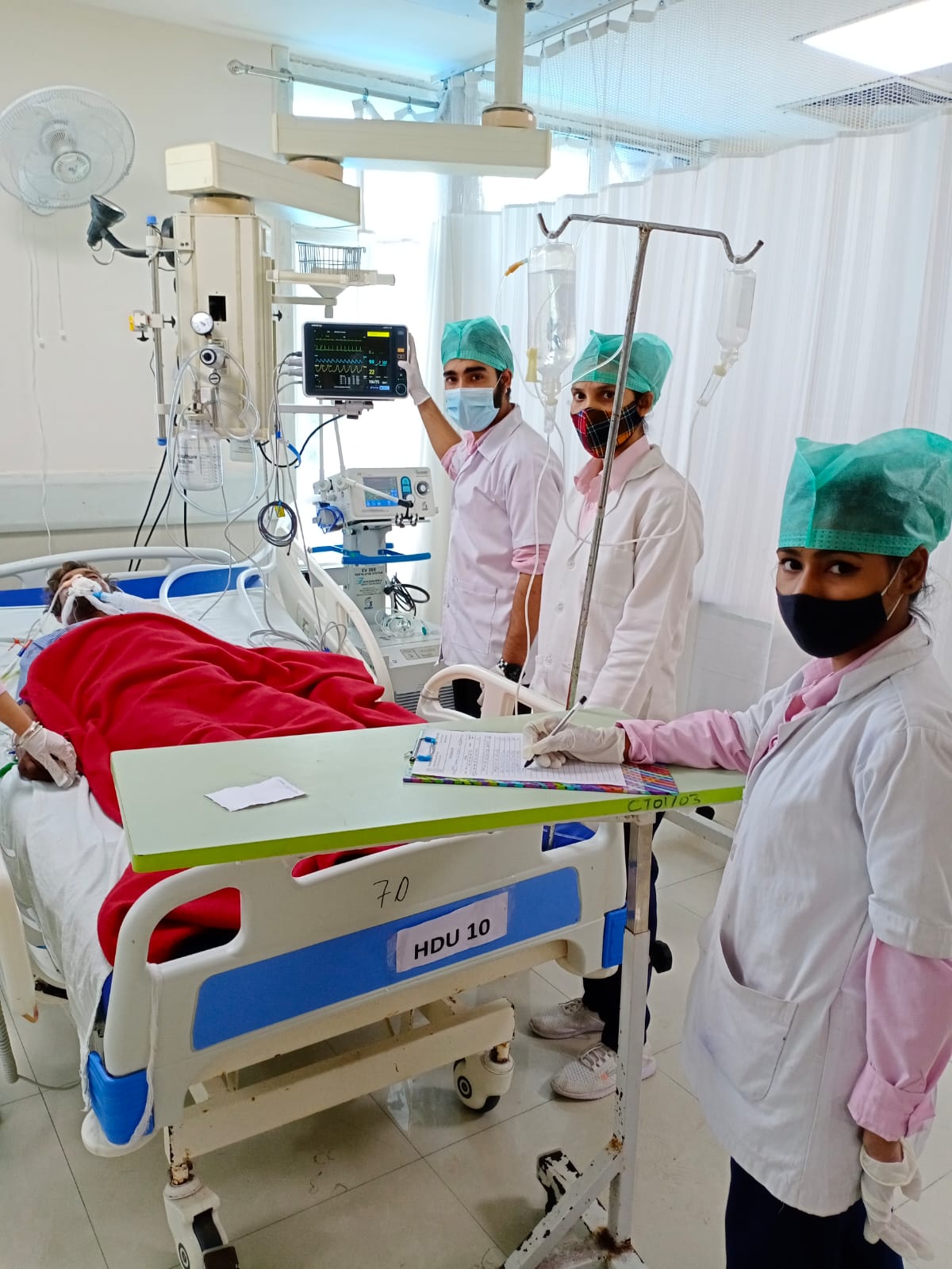 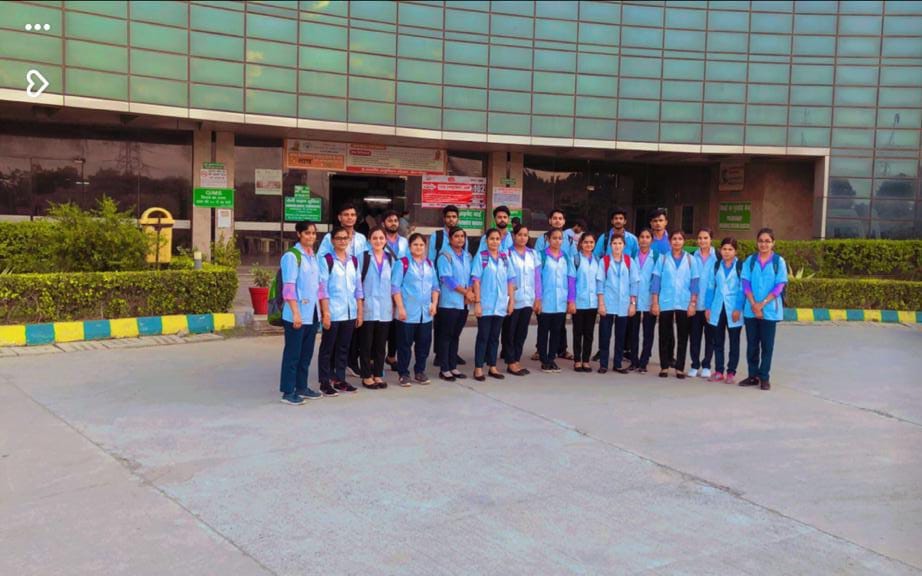 Listen to what our Alumni Says

I am reaping benefits of the discipline that I learned at NIMT. The academics and focus on ethics has helped me a lot in taking decisions as a manager. 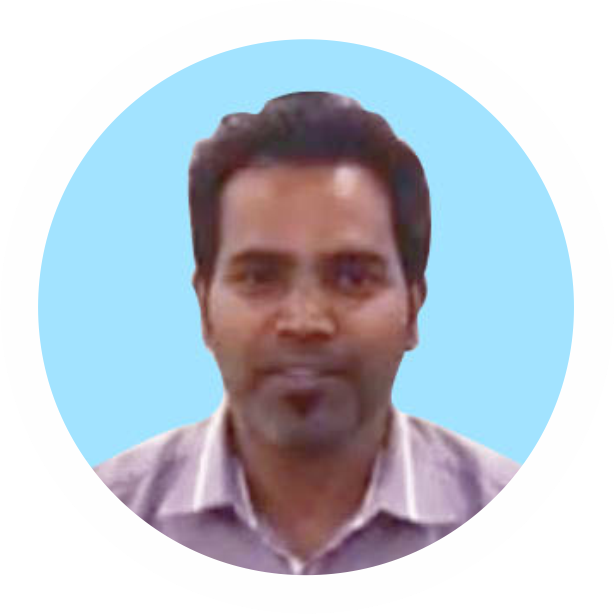 Those were the best two years of my life... The best part was that NIMT focussed not only on academics but also on extra curriculars. 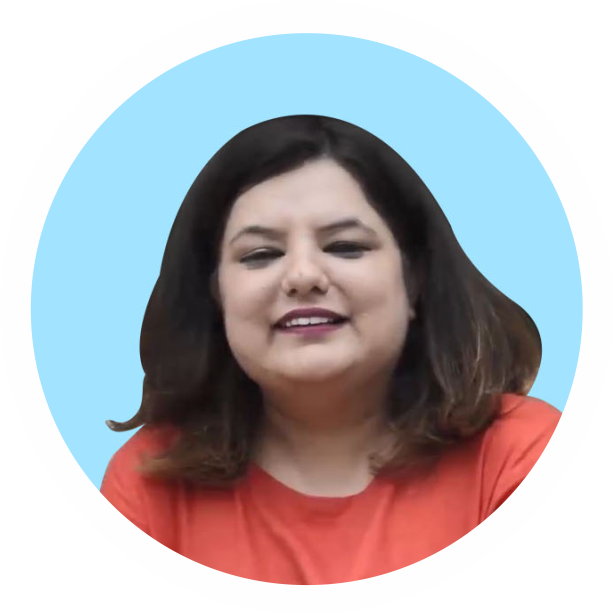 Events of this course

Did you see these?

Master of Physiotherapy (MPT) is a two-year degree course, which comes under the stream of Medicine and Allied Science.

The M.Sc in Medical Radiology & Imaging Technology is a higher degree course suitable for graduates having experience.

Physiotherapists help people of all ages who have physical problems caused by illness, accident or ageing.