But let us travel down memory lane and recall how this University was set up. The efforts for a separate University for Rajputana State were initiated as early as 1921 when the Act for the Allahabad University was passed. The Act prescribed for separation of Intermediate classes from the Degree classes as a condition for affiliation, which meant more expenditure for the then colleges at Jaipur, Jodhpur and Ajmer, the only colleges then imparting University education and affiliated to Allahabad University. The location of the University became a controversial issue. The question was considered in all its aspects at a meeting called by the Agent to the Governor General in Rajputana and attended by the ruling Princes and Chiefs at Mt. Abu on 20- June 1924. It was finally decided that 'the general sense of the Conference seems to be that there are strong obstacles at present to a Rajputana University, and that the scheme is premature but that the respective advantages of affiliating either with Agra or with Delhi under changed conditions as can be brought about should be explored.' The colleges in Rajasthan (erstwhile Rajputana) were then affiliated to Agra University after it was established in 1927. After a gap of nearly two decades the efforts were again initiated in 1942 by Sir Mirza Ismail, the then Prime Minister of Jaipur, who appointed J.C. Rollo as Special Education Officer for this purpose. Sir Mirza Ismail and his successor in office Sir V.T. Krishnamachari, took the initiative of holding talks with the representatives of Udaipur, Jodhpur, Bikaner, Aiwar and Jaipur in December, 1946. They agreed to the establishment of a University at Jaipur and on 8- January, 1947, legislation was promulgated and the colleges in the State formally federated into the University of Rajputana, which came into existence in July the same year. It was the last (2 1st) university that was set up in pre- independent India.

The University office was temporarily set up in the Kesargarh Fort. The then Maharaja of Jaipur State, Sawai Man Singh graciously made available to the university an extensive site of over 300 acres. About two miles from the centre of the city, the site was considered ideal for a University campus. With the Moti Doongari castle overlooking the campus on the northern side, and the Jhalana hills stretching from end to end in the east, the site possessed that wild grandeur that characterised most landmarks of Rajasthan.

Dr. G. S. Mahajani, who was at that time Principal of Ferguson College, Poona (now Pune) was appointed the first Vice-Chancellor of the University. Dr. Mahajani was in many respects an ideal person. He was a member of the Servants of India Society. He used to walk to the University office from his residence and did not maintain a car. Shri M. M. Verma was appointed the first Registrar, who worked very closely with Dr. Mahajani.

The University was granted an annual grant of Rs.2.5 lacs by the participating States of Rajputana. What is remarkable is that the States made it clear that the "acceptance of the grant will in no way detract from the autonomy of the University and its freedom to organise its teaching and administration as to embody in them the highest conception of University life." The University has made a significant contribution in the field of higher education. A peep into the past has many interesting features to reveal its progressive and dynamic outlook since its very beginning. The foundations laid for this University are deep and strong as is amply borne out by the following extract from the address delivered by Shri J. C. Rollo, on the 28- July 1947 at the meeting of the Academic Council. "This is the first meeting of academic council of the University. It is of happy significance that the first body to meet should be the Academic Council. It helps to emphasize the fact that this University is to be one in which academic considerations, academic responsibility, shall always come first. This Council is the academic conscience of the University; and, as the first person honoured with its Chairmanship, I venture to suggest that today and always the members may firmly maintain, at whatever cost, the highest standards and the soundest policy from an academic point of view. Finally, might I respectfully ask that from the beginning every member may exercise a free and independent personal judgment and may never accept the dictation of any group of persons; a habit that has proved ruinous to some Universities. In the University of Raj putana independence will not be dangerous."

The University Motto, "Dharmo Vishwasya Jagatah Pratishtha" suggested by the Vice-Chancellor, Dr. G. S. Mahajani was accepted by the Executive Council at its meeting held on 28- January, 1948. "This enshrines the greatest contribution India has made to world thought: and it is our earnest hope that Universities in India will assist in the rediscovery of spiritual values which the world needs at the present time." In February, 1949, Shri V. T. Krishnamachari, the Diwan of the Jaipur State and Pro Vice Chancellor of the University said in his welcome speech, "The University has now been in existence for over 1-1/2 years and its progress during this period has been gratifying. For this the credit goes to Dr. Mahajani and those who work with him. The University bodies have settled down to their work and the University has begun to conduct all its examinations and has also obtained recognition for its degrees." We are trying for the establishment of an Engineering College in Jodhpur and Agricultural College in Bikaner.

Shri C. Rajagopalachari, the first Governor General of free India, had a very clear idea of the importance of the universities and their dignity. Speaking to the students of Loyala College, Madras in August 1948, he had observed "we have to maintain the highest standards for our universities. The pressure of democracy may be allowed to bear on anything else, but not on the standard of education. Do not compel the universities to come down to you. You must go up the steps to reach the universities."

The foundation stone of the University Campus was laid by Shri C. Rajagopalachari on Sunday, the February 20, 1949. He concluded his address on the occasion with these words, "Nothing can be achieved unless we learn to be good and correct and self-disciplined and cultivate self-restraint and that, which is called dharma in our beautiful language." The motto of the University calls upon the faculty and the students to spread this Dharma throughout the world, to make the planet earth a better place to live. Dharma is the stabilising factor for the whole world and if this new university which will, in the history that will be written, be associated with free India, truly a Rajputana University, is built on that foundation according to its motto, nothing will prevent India from becoming great. I invoke blessings of God on this new foundation." The jurisdiction of this University at that time extended over the entire Rajputana State with the exception of Ajmer-Merwara. In the beginning, it was only an affiliating University with twenty-two colleges in different parts of the state and it also controlled High School and Intermediate Education. After the merger of Ajmer-Merwara with the State of Rajasthan in 1956 this region also came under the jurisdiction of the University of Rajputana, which was named as University of Rajasthan in 1957. With the establishment of a Board of Secondary Education in the State in 1957 the schools were transferred to this board and the University could then concentrate on development of higher education and research. The University of Rajasthan subsequently became a teaching-cum-affiliating University.

The University owes much to the foresight, ability and sincerity of the first three Vice-Chancellors of the University viz. Dr. G.S. Mahajani, Dr. G.C. Chatterji and Dr. Mohan Sinha Mehta, who played a crucial role in the development of the University, its campus, recruitment of faculty and in laying down sound traditions. Each of the three distinguished and highly dignified Vice-Chancellors served the University for two successive terms, thus, guiding the destiny of the University for the first eighteen years, which was the formative period of the University. To them the University owes the image it came to acquire in the minds of the intellectual community of India. They brought in different faculties, some of the finest scholars who after having served in the University for many years, took up high positions at the national level. The names of Prof. M. V. Mathur, Prof. G. C. Pandey, Prof. Raj Krishna, Prof. Daya Krishna, Miss A. G. Stock, Prof. P. N. Srivastava, Prof. R. C. Mehrotra, Dr. S. Bashiruddin, Prof. Satish Chandra, Prof. S. P. Verma, Prof. Iqbal Narain, Prof. R. K. Kaul, Prof. Raja Chelliah, Prof. T.K.N. Unnithan are just a few names who brought glory and renown to the University. 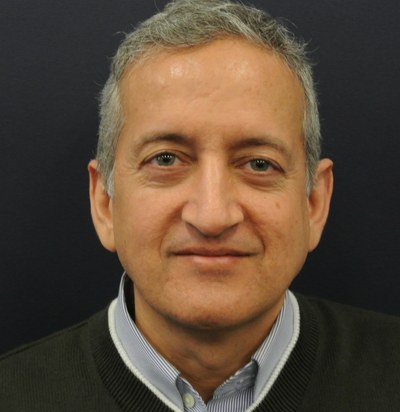 Jainendra K. Jain, an Indian-American physicist, is the Evan Pugh University Professor and Erwin W. Mueller Professor of Physics at Pennsylvania State University. He is also Infosys Chair Visiting Professor at IISc, Bangalore. Jain is known for his theoretical work on quantum many body systems, most notably for postulating particles known as Composite Fermions. 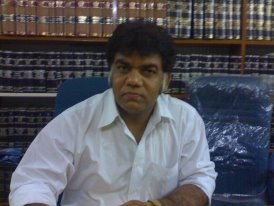 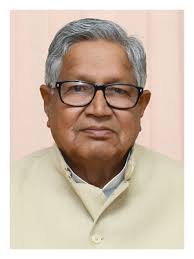 Kailash Meghwal is a present Speaker of Rajasthan Legislative Assembly former union minister of state in Government of India and a national vice president of Bharatiya Janata Party.3 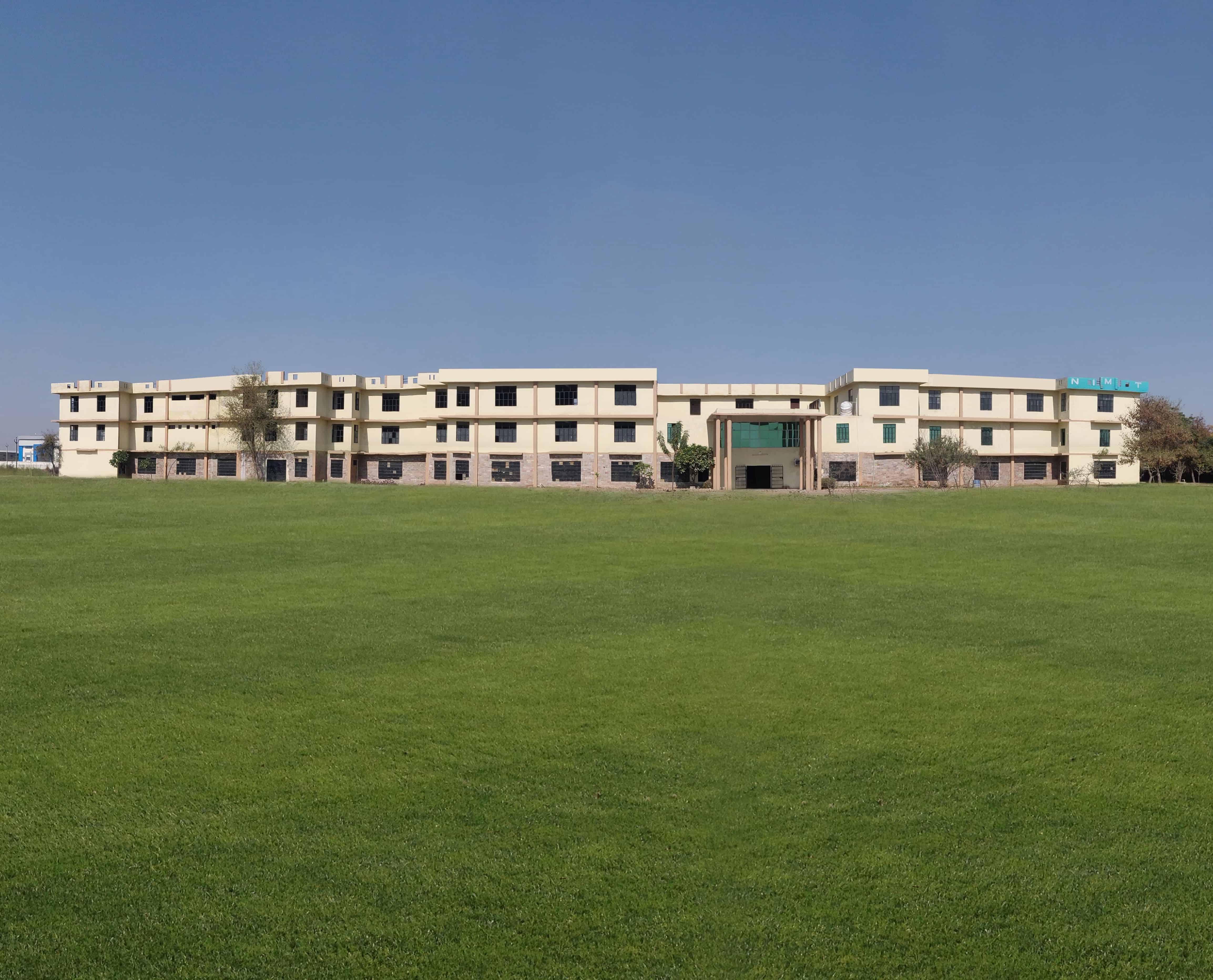 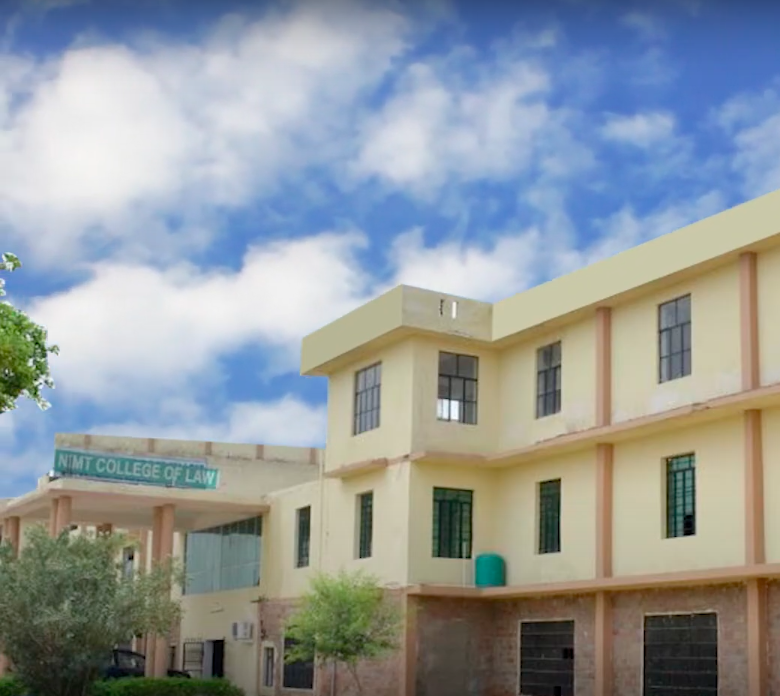 NIMT Technical and Professional College was established at the Kotputli, Jaipur Campus to offer courses in multiple disciplines including Science, Arts, Commerce and Law. The Institution is currently offering five programs viz. , B.A., B.Sc, B.Com, LLB, BA-LLB affiliated to University of Rajasthan. The Institution is also approved by the Bar Council of India, New Delhi