An Inside Look at Biotechnology

Biotechnology is studying and experimenting on living organisms for the betterment of lives on Earth and to improve the health of the planet itself. Using biotechnology, many inventions were made to improve the sustainability of humans and the animal kingdom. Vaccines, modification of crops, experimenting with alcoholic beverages, introducing a variety of cosmetics were some of many areas in which biotechnology made exemplary changes. The biotech application helped eradicate deadly diseases from the planet and also introduced efficient ways of using natural resources. Biotechnology plays a vital role in the medical and agricultural fields. In medicine, it helps in investing new vaccines, experimenting, and replacing defective DNA and boosting immunity. In agriculture, biotechnology helps in boosting nutritional values in crops and making them strong so they can stand against crop diseases and weather. With biotechnology, agriculture looks forward to not using pesticides or strong chemicals completely.

Biotechnology is classified with colors. They are Red, White, Yellow, Green, Blue, and Grey.

Red biotechnology, it is the area that deals with medical processes. It involves producing vaccines, antibiotics, developing new drugs, and experimenting on genes to cure diseases.

White Biotechnology, it is related to industrial research and development. It deals with introducing replacement to the traditional fuels to vehicles, finding more efficient and less-polluting alternatives, development of bio-fuels, and the use of microorganisms in chemical production.

Yellow Biotechnology, this area is responsible for making improvements in food production. Making wine, cheese, and fermentation of alcohol are a few examples.

Green Biotechnology, this area of biotech is focused on agriculture. It involves creating strong crops that are resistant to pests and inventing bio-fertilizers, bio-pesticides. This area exclusively works on transgenic which means inserting DNA from an unrelated organism into another organism.

Blue Biotechnology, is the area that works on marine resources. Inventing methods of using vast marine life for the benefit of other lives on the planet.

Grey Biotechnology, this area deals with removing pollutants that cause harm and coming up with measures to decrease pollution using microorganisms and plants.

Biotechnology uses tools of nature to help life on the planet deal with its problems. From the stage of conceiving in a womb to death bed, biotechnology assisted humans in their journey of life. From fertility assistance to prenatal screening, biotechnology produced many methods making it easier for a parent. After childbirth, it helps us through childhood, with antibiotics and immunizations decreasing mortality rate. Life’s biggest threats like cancer and heart diseases can now be faced with positive results with the help of biotechnology. Even in the current situation, biotechnology plays an essential role in inventing vaccines for Covid-19.

There is another side to this coin. The risks in biotechnology are so high. Biotechnology deals with microorganisms that are hard to detect. They can spread further after engineering and with one misstep, they can spread into a livelihood with consequences intractable. These actions could be the result of an unintended action or as a result of an intention to create havoc or an overly enthusiastic individual or a group trying unethical applications.  Many times, scientists working in biotechnology often study viruses and bacteria that could pose a threat to species on the planet. Reports on these experiments might give an incentive to governments about the effects of those microbes but if the material falls in the wrong hands, then they have a bio-weapon. As it is the field that majorly works on microorganisms, it is a difficult field to work. It is hard to calculate the consequences beforehand. For example, scientists came up with an operation called gene drive, where they release genetically modified male mosquitoes into the wild that would produce sterile offsprings. As a result, disease-carrying mosquitoes are prone to extinction. It may sound like a great solution but many concerns were raised because no guarantee was given that the operation would give intentional results alone. It is not sure if they do not spread genes that nobody counted on. In another example, scientists came up with a method called CRISPR/Cas9 a set of DNA scissors that would delete a mutated protein that acts as a landing pad for HIV in the blood cells. Although the trials are going on this method, there are concerns raised regarding this method that if the ‘DNA Scissors’ make changes that are not supposed to be made in the places not intended that would make patients sick instead of making them healthy. If these edits enter the gene pool, then unprecedented changes might pass to the generations to come. The point of these examples is that biotechnology is not an easy field and extreme caution must be warranted all the time.

At this point, humans around the world are familiar with the consequences of a virus outbreak. Covid-19 taught everyone that something so small that can’t be seen can disrupt livelihood on many scales. Leaving politics aside, Covid-19 is an accidental outbreak caused by the failure in the containment of a country. The whole world heard about the first case. Everyone witnessed when the World Health Organization declared that it is a pandemic to be taken seriously. Everyone also witnessed many countries losing lives and their economy disrupted and the world is still awaiting the vaccine. Now, imagine a bio-weapon, an outbreak launched on the purpose of destroying a civilization. The consequences are so hard to imagine. Such is the power of biotechnology.

On the brighter side, there is hope that with the help of biotechnology, there is a possibility that a new vaccine can be created that would protect humans from future outbreaks. Maybe vaccine production would take weeks rather than months. But as discussed earlier, biotechnology is a difficult field with many obstacles. Biotechnology proved to have advantages and disadvantages in its field. On the positive note, it helps improve health, agriculture, and saves the earth from running out of its resources. With technological advancement, biotechnology would become an important path to save the planet and us living on it. However, like any field, Biotechnology needs proper monitoring and regulations maybe even more. 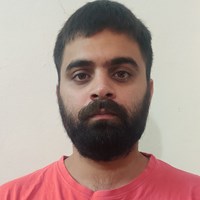