Two possibilities exist: either we are alone in the universe, or we are not. Both are equally terrifying.
Arthur C. Clarke

‍
In all of time, on all the planets of all the galaxies in space. what civilisations have risen, looked into the night, seen what we see, asked the questions that we ask?

"Are we alone?" "Is Earth the only chapter in the story of life?"

The answers lie somewhere in distant space - and distant time. For the first time, the truth is finally within our reach. The search will reveal who we are and who we might become.

In the search for life out there, we must first look inward. What we see around us is staggering complexity. How is it possible? What does it take to create life? Living organisms are created by chemistry. Living organisms are created by chemistry. We are huge packages of chemicals. And what are the ideal conditions for chemistry? Well, first, you need energy. e.g Sunlight, Geothermal Heat. But not too much. What you want is just the right amount and planets it turns out are just right, because they are close to stars, but not too close. You also need a great diversity of chemical elements. e.g Oxygen, Carbon, Sulphur and you need liquid, such as water.

Well, in gases, atoms move past each other so fast that they can't hitch up. In solids, atoms are stuck together. They can't move. In liquids, they can cruise and cuddle and link up to form molecules. Liquid water is just so good for getting evolution going. Molecules can dissolve in the water to form more complex chains. Now, where do you find such goldilocks conditions? Well, planets are great, and our early Earth was almost perfect.

"The story of Earth gives us hope that life could be universally common."

It teaches us that life is fast acting, tenacious, and made of basic, common ingredients. After 4 billion years of isolation, the search for our cosmic kin has finally begun. Where there is water, there is life - and so our best chance is to look for ocean worlds like Earth. Our search for Earth-like planets has only just begun, and the findings are tantalizing.

We have barely scratched the surface. Nature's trove of secrets is bottomless. We know that the galaxy is awash in water. It’s awash in organic molecules, and complex chemistry. All of the things that we know were necessary for life to begin on this planet exist on abundance throughout the galaxy. Did something similar to what happened on our own planet happen on those other planets? Looking at the raw numbers, the existence of alien life seems almost inevitable. The latest data suggest that up to 1/4 of stars have rocky planets orbiting in their habitable zone - the right distance for liquid water. In our Milk Way galaxy alone, that's ~50 billion worlds like Earth. In the entire universe, the possible number of habitable planets is staggering:

Each one with a history as rich and unique as Earth. Trillions and trillions of chemical soups, stewing for eons. There are more habitable Earth-mass planets in the observable volume of the universe than there are grains of sand on all the beaches on Earth. Among this abundance of worlds, many will be deadly to life as we know it. There will be planets in the habitable zone that are scorched, frozen, and suffocated by poison gases. Many will lack an atmosphere, critical for temperature regulation, or have one that is deadly. Venus, once thought to potentially support life, is now sterilised by a crushing, toxic atmosphere. But life may not be confined to the habitable zone. Far from the warmth of their star, the moons of giant gas planets may be hidden oases for life. Their energy comes not from starlight, but from gravity - the lurching push and pull of the host planet. Icy Enceladus has it all: a huge subsurface ocean with hydrothermal vents spewing the chemistry of life.

Titan is especially alluring - larger than Mercury and speckled with methane lakes and organic compounds. In 2026, NASA plans to send a drone to Titan, seeking out signs of life in its valleys and craters. here may be 100 trillion exomoons in our galaxy alone - 100 times the number of planets. Some may even be Earth sized, with atmospheres and surface water. With so many places to find life, it seems only a matter of time
before we make a discovery. Some think we already have. On June 30, 1976, the Viking lander on Mars found something that still remains unexplained. After being injected with nutrients, Martian sol samples expelled signature radioactive gas - just like soils from Earth.

Was this signal a natural phenomenon, or our first encounter with alien biology? The discovery of just one bacteria on Mars, or any other body of the Solar System would indicate that the whole chain of evolutions. Cosmic, chemical and biological, is at work everywhere. In that case, the creation of life anywhere in the universe would be more the rule than the exception. If we haven't found life already, it may not be long until we do. NASA scientists now think we are on the verge of discovery. Within all of our lifetimes we're going to understand that there is life on other bodies in the Solar System. We're going to understand the implications of that for evolution of life here on Earth. We're going to find planets around other stars that we can say we see potential signs of habitability in their atmospheres. That's all going to happen in the next 10 to 20 years.

How exciting is that?

We're on the verge of things that the people have wondered about for millennia:

And here we are on the verge of finding that out. If we do find life out there, what will we discover about ourselves? What chapter is Earth in the story of life? The universe is nearly 14 billion years old. And our galaxy is something like 12 billion years old. So, there could be life out there that could be dramatically more advanced than the life that we have here on this planet. Is Earth a latecomer on the cosmic stage? Just how ancient could life be?

For its first few million years, the cosmos was too hot for life as we know it. The ambient temperature would have boiled you alive. When it was finally cool enough for life, there were no stars and planets Only huge lumbering clouds of hydrogen. After 70 million years, gravity took hold of these clouds and spun them into the first generation of stars. The first stars were massive and bright, but there was no life to watch them rise. Vital heavy elements were still being forged in their hot stellar cores. Not even The Big Bang was hot enough to create them. The only elements that were created on The Big Bang were hydrogen, helium and a little bit of lithium. All the stuff that makes your life liveable those elements weren't created on The Big Bang.

The only place they were created is in the fiery cores of stars and the only way they could get into your body is if the stars were kind enough to explode.

The explosive death of the first mid-sized stars seeded the cosmos with the ingredients for life. From their ashes rose a second generation of suns -
this time with rocky planets dancing around them. This is the moment: the raw ingredients for life together for the first time, ~13.7 billion years ago. Some believe the conditions for life existed even earlier, in the warm afterglow of creation. As the heat from the Big Bang faded, the universe passed through a goldilocks era. Some 15 million years after time began, the ambient temperature reached a balmy 75º F (24º C). For millions of years, it was warm in all directions, like an endless summer day on Earth. In theory, stars and planets could have formed this early on, in hypothesized ultra-dense regions of space. If such regions existed, liquid water could have flowed abundantly, even on rogue planets far from any star.

Could this have been dawn of life? Alien beings feeding off the heat of the Big Bang?

Somewhere out there may be a planet with life nearly as old as the universe itself. With a 10 billion year head start, the universe could be teeming with life far more advanced than our own. Despite decades of searching, no sign of alien life has ever been confirmed, intelligent or otherwise."

So where is everybody? Could we really be alone?

Maybe primitive life is common, but intelligence is exceedingly rare. Maybe space is just too vast for feasible communication. Or maybe we are the first. Could we be the opening chapter in a sprawling history of life?

The universe is young, and the vast majority
of planets have yet to be born.

900 Billion Years
From this perspective, we are the dawn:
the opening melody in a symphony of life.

Red dwarf stars can live up to 10 trillion years, bathing their planets in starlight for eons. Life is much more probable on these time scales,
where conditions are stable for vast periods of time. Any beings living close to these stars would have to contend with violent solar flares that continually threaten extinction. Many of these planets would be tidally locked - one side permanently exposed to the sun, the other frozen in darkness. But as Earth has taught us, life is remarkably adaptable. What forms might life take when it has trillions of years to evolve? One day, somehow, the story of life will come to an end. If we are the first chapter of that story, we have the chance to carry the torch of life far into the future.

And if biology does persist far into the future, then we live in a privileged moment.

In later chapters, the universe will seem far different. The expansion of spacetime will make distant stars invisible,
and the night skies will go dark. Perhaps life in the far future will wonder: What it was like to live in the universe's brilliant early days? We are lucky enough to know the answer All we have to do is look up. 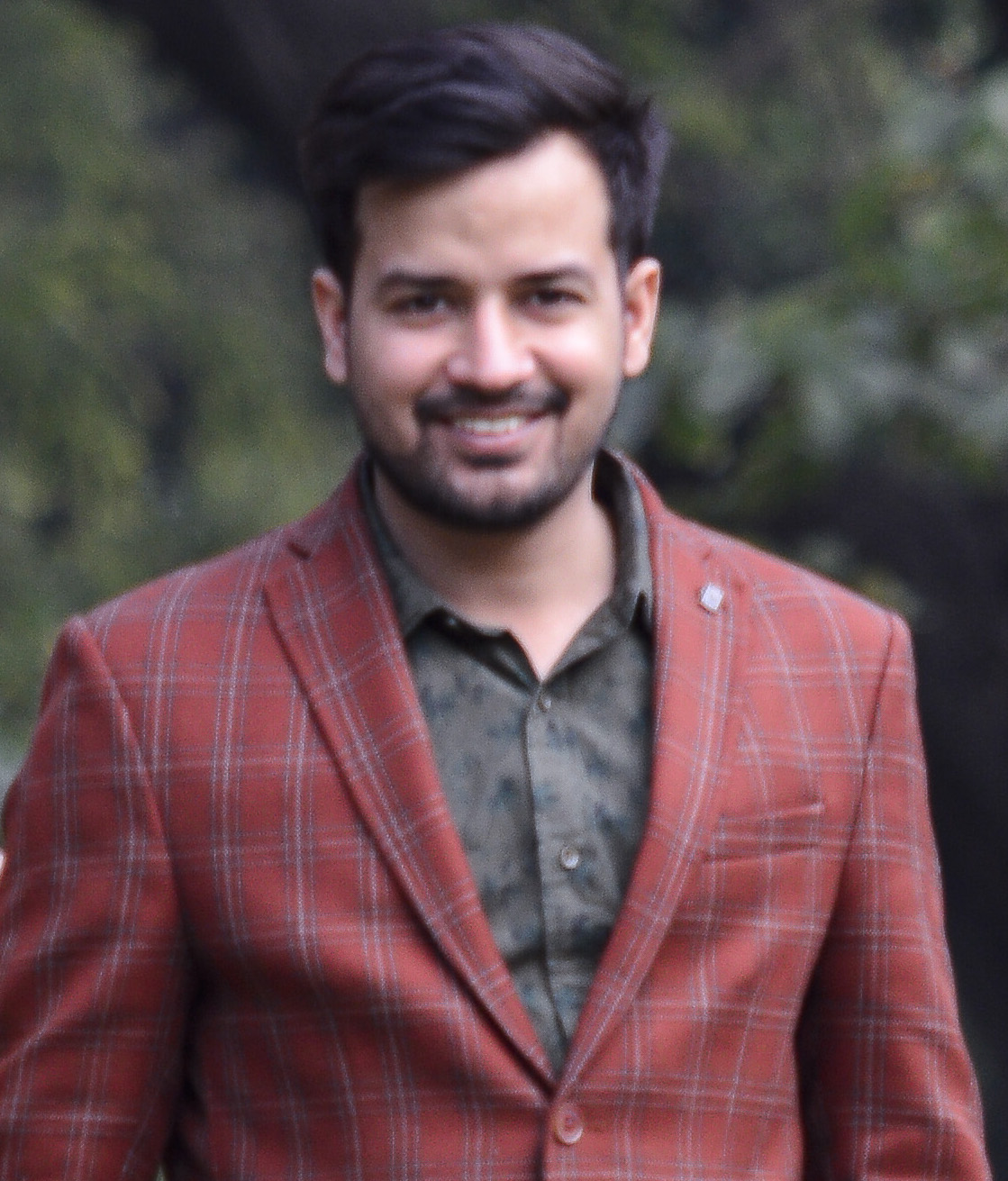