With the increasing population, the situation of children in India is going worse. India’s children are suffering from many health problems. Many children are going through under nourishment. Percent of children who are undernourished is 30%. Many children die from diarrhoea. To help resolve these problems, the central government and state government have taken many measures. They started awareness programs in schools and gave them proper sanitation and health related education. In MCD schools and government schools, midday meal programs are also going on so as to help children to get proper nutrition.

The Government of India has been expanding this sanitation programme all over India. Government is taking surveys every third- fourth year to check the quality of food and amount of nutrition to be consumed by students. This midday meal system is up to 8th class and there is a difference in the quantity of food given to students. Recently the intensive School Water and Sanitation Towards Health and Hygiene (SWASTH) scheme has been delivered in three states in collaboration with the IRC International Water and Sanitation Centre and UNICEF.

To enhance enrolment, retention and attendance and also improve nutritionals levels among children, the National Programme of Nutritional Support to Primary Education (NP-NSPE) was launched as a Centrally Sponsored Scheme in 1995. The scheme was for children up to 5th class and then after some years it has been extended up to class 8th.

Despite all these programmes made by the Government of India, there is still wide unwarranted variation in the resources available for them across states as well as the quantity and effectiveness of implementation of these programmes. This led to variations in variation and health-related outcomes in India’s school children. One of the key principles of Nourishing Schools is to properly measure the impact of its interventions. Many measurements were taken to understand the hygiene practice of different schools. Sanitation problems have led to diarrhoea, students don’t use soap after toilet use which led to an increase in their chances of getting diarrhoea. In some schools, students have gastrointestinal problems after eating a mid-day meal.

The variation in different schools shows that some schools provide poor quality of food and poor sanitation and some schools are doing really well. Schools need to aware children about hygiene and sanitation. Various programmes can also be volunteered by NGOs in schools to create awareness. Despite running these programmes it can be noticed that school fails to help in improving children’s health. 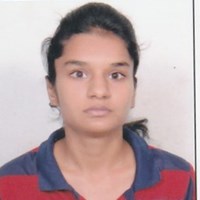