WHY IS POLITICS TRANSDISCIPLINARY?

Politics refers to all those activities that are associated with the formation and running of a government, an organization, or a movement. It refers to the diplomatic engagements and transactions between people, groups, states or nations that involve power, influence or conflict.

Inasmuch as politics is a discipline, an academic branch of knowledge in its own right, it is also dependent on and in turn influences other disciplines, not least those that fall under the radar of social studies, or social sciences, like history, geography, sociology, anthropology, etc.

Even subjects that have, directly or indirectly, a mathematical push behind their practical applications like economics and statistics among others, have a significant relationship with politics. In fact, the more macroeconomic the two former disciplines are, the more political they become.

The stream of languages and the study thereof also critically influence politics and political studies. If one were to enumerate all those instances where any particular community of people were directly affected by their linguistic and political identities clashing at the same time, the list would be endless.

And let’s not forget about science while talking about politics. It is, after all, a field of knowledge properly known as political science. It deals with the understanding of political impulses and activities governed by those impulses in human beings through scientific analysis.

Politics is thus trans-disciplinary in every sense of the word. It shares an interdependent bond with spheres of information and knowledge belonging to the broader categories of Arts, Social Sciences, Commerce and even Science.

Following is a list of major disciplines of learning with subsequent explanations of how politics meets and interacts with them on a regular basis in an inextricable, inexorable manner, which shows just how and why politics is trans-disciplinary in its nature and scope:

History teems with numerous events that are directly related to politics. From the building of clans by the earliest cavemen, the construction of the polis in ancient Greece, the flourish of kingdoms during the reign of royal rulers, to the formation of nation states in modern times, politics has a lot to learn from the past.

While the mistakes in earlier political manoeuvres act as cautionary tales, like feudalism, the successful political ventures of the past serve as exemplary models for emulation in the future, such as democracy.

How a nation sees itself politically in relation to the world and vice versa depends a lot on its natural resources including flora and fauna. Other factors like whether it is a landlocked country, a subcontinent or an island nation determine the availability of international trade routes, which in turn influence the political relations between different nation states.

Geographical phenomena like these among others like the environment or the grave issue of climate change that has taken the world by storm create a critical interplay between politics and geography.

Sociology, simply put, is the study of society. It is the study of social interaction between human beings either as individuals or as representatives of a community, union or organization. Politics comes to the fore when sociologists attempt to understand how one particular association of people dominates or is subjugated by another community.

Political sociology even exists as a separate sub-discipline that strives to find the roots of socio-political power at different levels, starting from the family and going up to international political bodies such as the UN, the EU or the ASEAN.

Anthropology incorporates ethnography or the scientific understanding of the formation, adoption and discontinuation of specific human cultures. Anthropological studies with a special thrust on a political perspective to look at extinct or extant cultures also exist as a sub-branch of knowledge.

Political anthropology emphasizes the need to recognize and define the political inclinations of people belonging to different cultural identities. How rites, rituals and ceremonies representative of a particular ethnic community establish cultural supremacy so as to gain political dominion is one such area of research for political anthropologists.

Economics is the field of study devoted to the comprehension and analysis of the supply and demand of financial or material wealth. Despite requiring mathematical computation in the form of statistical interpretation of data, economics has a symbiotic relationship with politics, the latter being conventionally defined as a social science discipline.

India’s own history has taught us that the political division of a nation into states on the basis of the languages people speak in different regions is not an isolated event. But while such incidents give the impression that the relation between language and politics is a fraught one which gives birth to controversies, they also highlight the significant relationship that linguistic identity and political representation has.

It is a known fact that English is a global language. It is considered the standard means of communication for international affairs. This makes those countries, especially in the West, have a greater political advantage over the rest of the world. As education in English thrives, so does the dissemination of Western culture and the continual political domination of European and American superpowers.

The struggle for political power continues with people from different linguistic backgrounds in different parts of the world like South Asia, the Caribbean and Africa trying to accurately represent themselves in politics. It is their language that enables them to voice their political demands. What we now know as political correctness is a direct product of this global movement.

Although it might seem odd to think of at first, science and politics have always had a clear, deep bond. If politics is about the struggle for clout and power between different factions of people all over the world, science is the facilitator of that struggle through inventions and discoveries.

Perhaps the biggest example of science and technology directly influencing politics is the incessant international competition between the world’s most politically powerful nations over nuclear power. Ever since the atomic bombings at Hiroshima and Nagasaki in 1945, nuclear power has become synonymous with political power.

As issues of digital surveillance, space missions, sustainable development, etc. are keeping governments busy worldwide, science and politics are getting linked together into an ever-tighter bond. 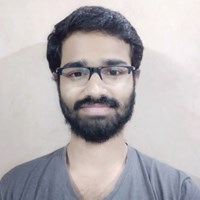